Johannesburg features some of the most spectacular thunderstorms in the world. We’re entering the time of year where they are an almost daily occurrence, from about 4:00 to 5:00 in the afternoon, or at least so I’m told. I was also warned that you better unplug your TVs and computers  and other expensive electrical equipment whenever there is lightning anywhere close. So far, I’ve seen just a few of these storms and they’ve made for some nice pictures, both of lightning and rainbows (I didn’t manage to stop the car quickly enough when both would have been in the same picture). 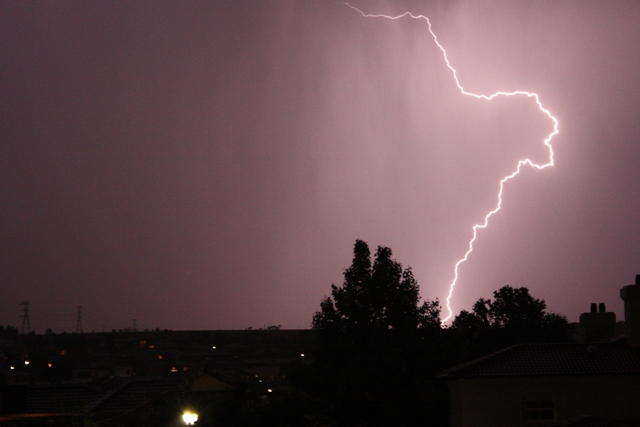 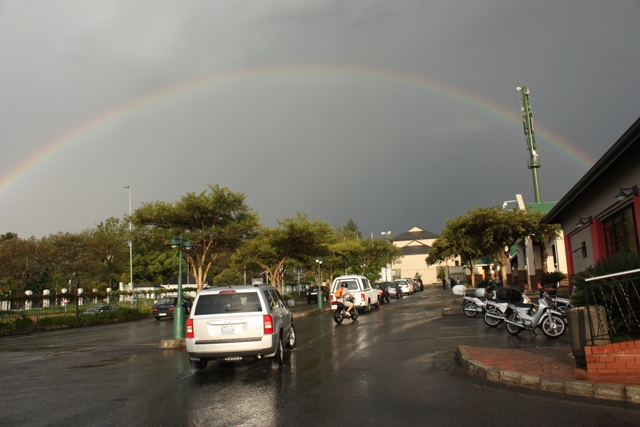