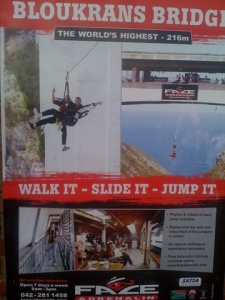 I thought hard about the right title for this post. Most appropriately I’d call it “the near-heart-attack incident” but I didn’t want to alarm you. However, that is precisely how it felt. I’m not sure how I got pulled into letting my child fling himself off a bridge – the world’s highest bungy bridge at that – with me watching the whole thing (I was and still am very sure that I myself will never ever get pulled into doing it myself, but watching is bad enough).

What happened is that we drove over that bridge several times getting from Wilderness to Tsitsikamma and back. Zax was immediately intrigued. Sometimes I suspect he says he wants to do these things because he believes we will never let him. When we had nothing else planned the next day and offered to take him there, he was almost taken aback. I saw him swallow hard in the backseat a couple of times as we were approaching. 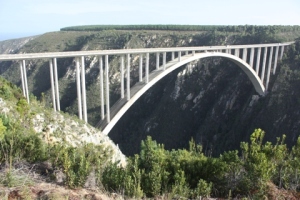 And here are some facts about it: 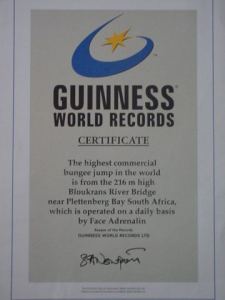 Noisette volunteered to walk the bridge with the boys (our German exchange student was also going to jump) which left me with the job of watching and chronicling from a safe distance. Here is what they had to brave to get to the launching point:

To make sure the right rope is selected, the jumpers are weighed and labeled. It was all very professional. Though I later learned that while this particular bridge has a 100% safety record, there was an incident some time ago somewhere in Nelspruit where a jumper died because the rope was too long. I’m VERY glad I didn’t have that tidbit of information ahead of time, or I simply wouldn’t have allowed it. 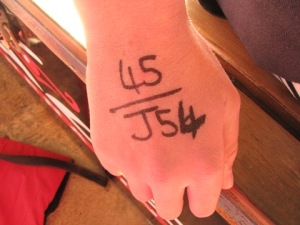 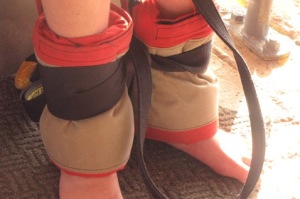 Then it all happened very fast. He was escorted to the edge of the bridge, there was a quick countdown, and then… bungeeeeeeee! They would have had to push me off that bridge, that’s for sure. But our son took the plunge quite voluntarily and beautifully: 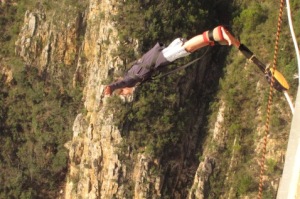 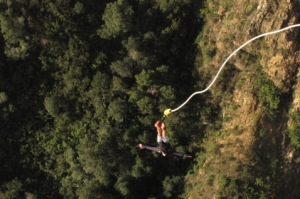 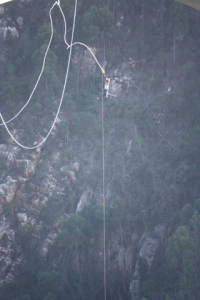 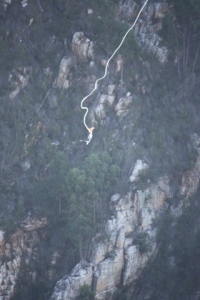 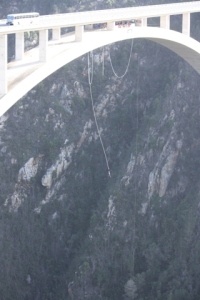 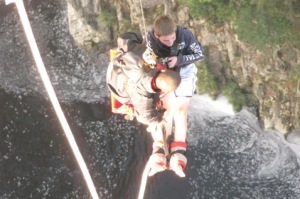 I was very proud but had tears streaming down my face. They were a mixture of pride (of his courage), compassion (for his undoubtedly weak knees), and fear (that this could all be trusted). I’m afraid my pictures weren’t all that great, because I couldn’t see properly through the blur. But thank goodness there is always the inevitable R200 souvernir DVD.

If you can stomach it, watch below. I’ve seen it about fifty times (took me that often to get it right, Windows Movie Maker is not my friend, and why are there fifty thousand different video formats out there, none of them compatible with each other?) and I still get weak knees when I watch it.

Diving in the Red Sea
Jamila Lodge
Moving Your Household Goods from the United States...